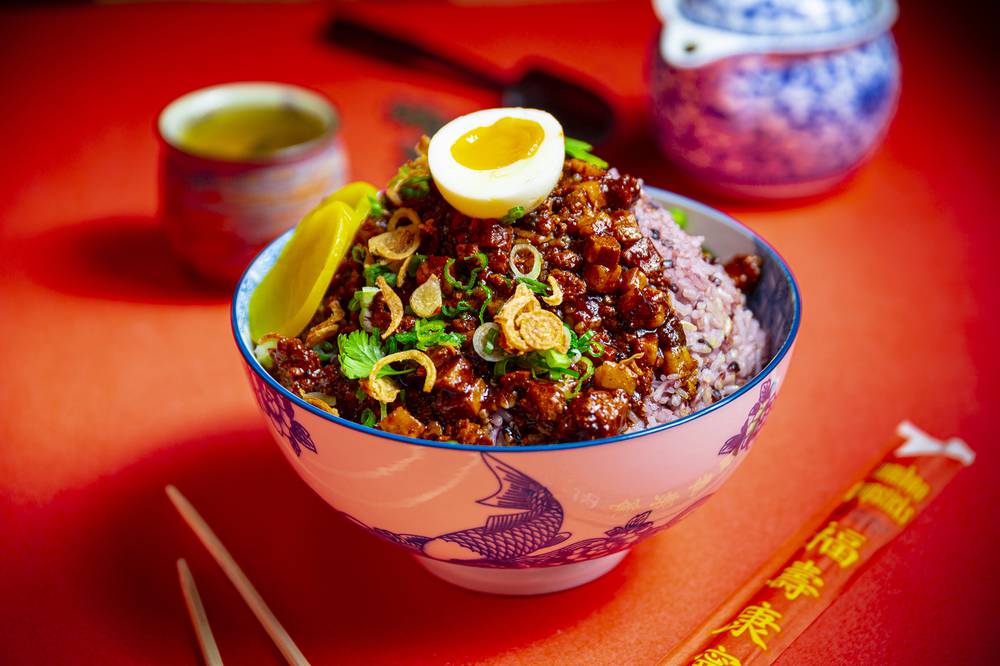 Every Grain is small but mighty, w/a small, focused menu

Downtown’s Every Grain offers big comfort in a small menu


Read This Story at Publisher

Looking at Sheridan's Su career path, one senses that the chef is quietly building a culinary Asian empire Downtown, one dish at a time. Though he has put in time on the Strip—at places like Joél Robuchon, Wazuzu, Social House and Comme Ça—it's his ventures off the Boulevard and on his own where he has found his footing, and his cult following among the city's food aficionados. He is responsible for putting specific dishes on the mainstream radar—starting with bao in 2011 (at his first restaurant Great Bao and later at Fat Choy inside Eureka Casino). Hainanese chicken became his signature dish at Flock & Fowl, a modest 12-seat restaurant on Sahara Avenue, which has now relocated to the Ogden. By focusing on a few items and doing them well, Su has caught the attention of the larger culinary world, garnering back-to-back James Beard nominations, in 2018 and 2019, for Best Chef: West.